The Digitisation Assistants in the Special Collections studio team talk about how they and their families celebrate this time of year.

My family are from China who don’t generally celebrate Christmas, but do celebrate the Chinese New Year with the making and eating of Jiaozi, pronounced “dʒaʊdzi”. Jiaozi was thought to be invented by the Medicine Saint; Zhang Zhongjing during the Eastern Han Dynasty (AD 25- AD 220). There is a traditional saying “大寒小寒，吃饺子过年” (da han xiao han chi jiaozi guo nian), indicating that Jiaozi were eaten on the Chinese New Year at the moment of the change from old year to the new year 更岁交子 (geng sui jiaozi). For this tradition, Chinese families particularly those in the north part of China, always celebrate the Chinese New Year by making jiaozi. On Chinese New Year’s eve, family members are all gathering at their parents’ home, sitting at a big round table and making Jiaozi. At 00:00 sharp, fireworks can be heard from every house. Boiled jiaozi will be brought to the table. The New Year’s celebration starts from this moment.

Images from The Chinese festive board, Cookery Collection 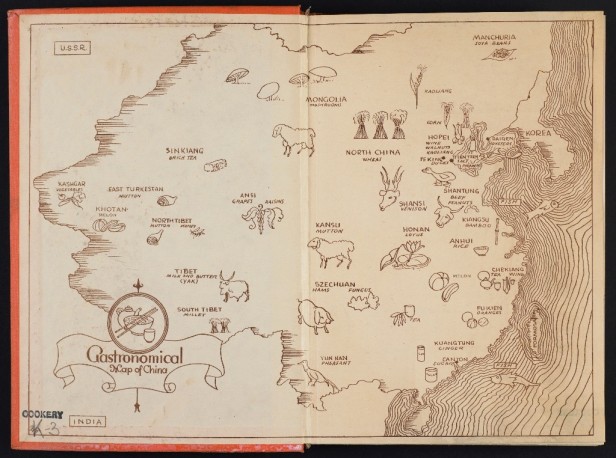 Christmas cake and Wensleydale cheese is a controversial combination that the studio team have discussed and debated many times. It seem to be popular mainly in Yorkshire and may originate from the Victorian era where it was served with a strong blue cheese. My mum makes a Christmas cake either in September or October which is topped up regularly with alcohol; usually brandy but sometimes sherry or rum and not touched until Christmas Day where it is served with Wensleydale Cheese. There’s an old saying that our family love which is “A Christmas cake without the cheese is like a kiss without a squeeze.”

Images from The story of Wensleydale cheese, Leeds Archive of Vernacular Culture 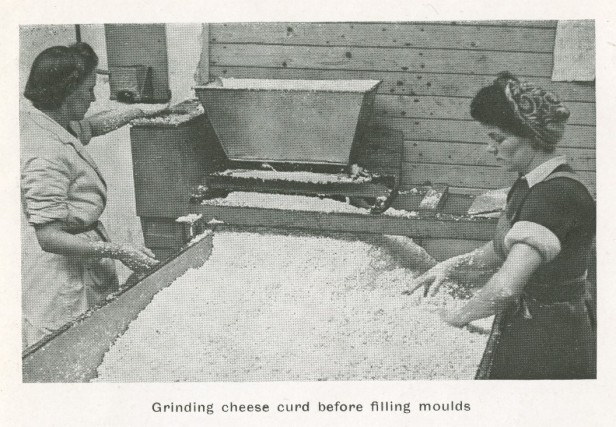 My favourite food to eat at this time of year is Christmas pudding but I haven’t had an awful lot of opportunity to eat it over the years as my family despise dried fruit. My preference is to serve it with sweet white sauce but I’ll also eat it with cold with cheese, much like Christmas cake. Whilst looking for a recipe I discovered three in this wartime recipe booklet from 1941, including one from Christmas 1916 which contains potato, carrot and no eggs.  Recently I discovered a new way to eat Christmas pudding told to me by my Lancashire partner in which the leftover pudding is fried in butter in a pan the next day and served with cream or custard or on its own with a cup of tea.

My partner is Polish and over the last few years we have celebrated Wigilia (pronounced vigilia), or vigil, which is a traditional supper held on Christmas Eve in Poland. Traditionally it consists of twelve different dishes and is a very important day in Poland, and so there’s a colourful spread of traditional food such as the barszcz (beetroot soup), bigos (hunter’s stew), pierogi (dumplings), plenty of fish (but no meat), particularly fried carp and pickled herring, and vegetable dishes like salatki. The meal often begins with a favourite of ours which is barszcz with uszka – or ‘little ears’ – which are small dumplings filled with wild mushrooms. Here is one of several Polish cookery books in the collection which have a recipe for uszka. 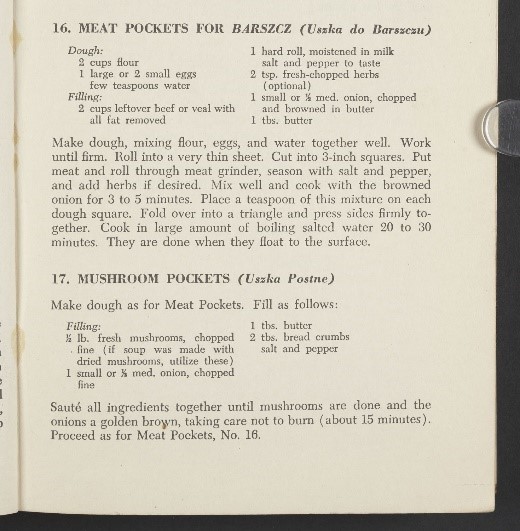 Main image of ‘The Cranberry Girl’ from The costume of Yorkshire : illustrated by a series of forty engravings, being fac-similes of original drawings. With descriptions in English and French, Yorkshire Collection